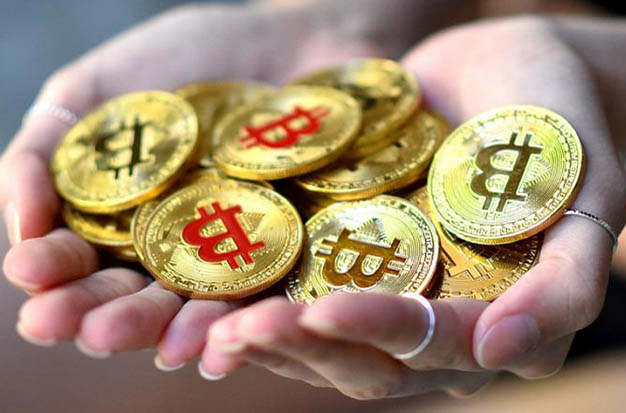 The first cryptocurrency, Bitcoin, was created in 2009 and uses a blockchain with a proof-of-work algorithm. It is a decentralized digital currency that enables anonymous peer-to-peer trades using blockchain technology. Aside from the fact that it can be very profitable due to the high volatility of the cryptocurrency market, Bitcoin has become one of the most well-liked investment assets in recent years. It is also very simple to invest in BTC. An internet connection is all that is required to purchase Bitcoin.

The enigmatic Satoshi Nakamoto invented Bitcoin as the first peer-to-peer electronic cash system. Bitcoin is peer-to-peer, which makes it considered decentralized and eliminates the need for a controlling third party—like a bank or government—to confirm or monitor transactions.

Bitcoin transactions are instead verified by miners, who receive payment in BTC for each block that is accepted and added to the blockchain. In order to keep the Bitcoin network expanding and reward miners for their work, they must continue to confirm transactions.

The block reward in Bitcoin is halved every four years, which causes miners to receive progressively less BTC over time. A halving is how the cryptocurrency community refers to this.

The fact that the total supply of Bitcoin is hard-capped at 21 million BTC and that it halves after each block gives the currency a deflationary aspect and a level of scarcity akin to that of gold. In fact, digital gold has often been used to describe Bitcoin.

How Does Bitcoin Function?

Each Bitcoin is a file that is kept in a digital wallet on a computer or smartphone. To understand how the cryptocurrency works, it helps to understand these terms and a little context:

Due to its status as the “first mover” in the market, Bitcoin has been considered one of the best long-term cryptocurrency investments for years. However, as was mentioned earlier, the price of the Bitcoin cryptocurrency has significantly decreased from its all-time highs in November 2021. What does the rest of 2022 hold for bitcoin in light of this fact?

Asset managers held more than $70 billion in Bitcoin as of late 2021, according to a recent article from Yahoo Finance. This was equivalent to almost 8% of the coin’s total supply at the time. The largest investor is Grayscale Investments, which runs the Grayscale Bitcoin Trust, a tradeable Bitcoin fund.

This seems to be true from a purely objective standpoint. Given that it utilizes blockchain technology in a more creative manner than Bitcoin, Ethereum is widely regarded as the best cryptocurrency to invest in. A “Proof-of-Stake” (PoS) algorithm, which is much more environmentally friendly and scalable, has also started to replace Bitcoin’s “Proof-of-Work” (PoW) consensus in other networks.

The importance of identifying and emphasizing one salient feature must be stressed before moving on to predictions. Predictions can differ significantly from one platform to the next and from one analyst to the next.

On the other hand, there are grounds to think that the upside potential of the cryptocurrency won’t be as great. Why, you ask? Well, because global regulatory and legislative frameworks haven’t yet consistently supported cryptocurrencies. Even though CBDCs are slowly being adopted in many nations, there isn’t much of a positive outlook on cryptocurrencies.

The past six months have also shown how most retail investors tend to sell their holdings as soon as the bloodbath in the markets begins.

Utilizing technological advancement to highlight how far Bitcoin might advance is another intriguing angle to take.

Take the straightforward example of Google, for instance. Despite recent turmoil, it is anticipated to increase exponentially over the following five to ten years. However, it can be argued that this expansion will coincide with the expansion of Bitcoin and, consequently, the cryptocurrency market. This is because there is a relationship between the two.

A 7x and 42x increase in Bitcoin searches on Google compared to no. of searches for The USD and Euro are examples of this, respectively. In fact, studies show a 91% historical correlation between the price of bitcoin and the number of Google searches.

The predicted maximum and minimum prices for bitcoin are $642,506 and $544,924, respectively. This forecast indicates that the average price will probably be $560,349 per unit.

The price of one Bitcoin could rise to $420,240 by the end of 2030, according to a panel of 35 analysts that Finder polled in April 2022. One of the founders of the Gemini cryptocurrency exchange, Tyler Winklevoss, claimed that Bitcoin would displace gold, and that in order for this to happen, its market cap must reach $9 trillion, which would mean that in 2030, the price of Bitcoin might reach $500,000.

We have received more outlandish bullish predictions from people like Basa from Hokk Finance, who predicted that the price could increase to $1 million in eight years.

Should I Buy Bitcoin?

Should I make a Bitcoin investment? You may be asking yourself this at this point. In November 2021, the value of the virtual currency Bitcoin surpassed $68,789.63, setting a new record. For the time being, it does not appear that the cryptocurrency’s strong advance to a new record high is coming to an end. Therefore, should I buy or sell bitcoin?

When Bitcoin approached $20,000 in 2017–2018, many believed that this was the final chapter. But despite significant drops, the digital currency repeatedly demonstrated its ability to overcome new challenges. Thus, Bitcoin may turn out to be a wise investment in the future.

It is evident that more and more asset managers are beginning to see a profit in cryptocurrencies at the beginning of 2022. PayPal customers have the option of using Bitcoin to make purchases. This gives rise to the hope that cryptocurrencies will catch the attention of more people.

But when analysts’ price targets exceed $60,000 and even $100,000, investors’ optimism grows even stronger. As a result of government and central bank support measures, there is also an increase in the amount of money being invested in riskier ventures.

Finally, there is a group of people who believe that Bitcoin will perform well as an investment because it is immune to inflation, much like gold. The current advance began the previous year. According to information from coinmarketcap.com, which keeps track of different exchanges where the cryptocurrency is traded, the value of the digital currency then roughly quadrupled.